On August 21st at 12pm PST/3pm EST, our CEO Michael Green will engage in conversation with health experts about how reducing exposure to toxic chemicals in your home will help you stay healthy during the pandemic. This town hall will feature our new board member, Dr. Vinay Gupta, a pulmonologist and global health expert who has been featured on NBC, MSNBC, CNN, and the New York Times, Kelly Vlahakis-Hanks, President & CEO of ECOS, and Dr. Tyrone B. Hayes, Professor of Integrative Biology at UC Berkeley who focuses on endocrine-disrupting contaminants (EDCs), particularly pesticides. 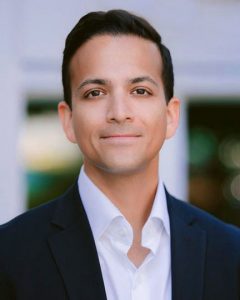 As a Harvard-trained lung specialist, Vin has spent the past 15 years working worldwide to improve public health for organizations including the US Centers for Disease Control, the Institute for Health Metrics and Evaluation, the Harvard Global Health Institute, the World Health Organization, and the Pentagon’s Center for Global Health Engagement. Given his diversity of experiences, he is now a trusted advisor and contributor to national and international media outlets on several of the most important health issues today, including serving as a regular health policy analyst for NBC News and contributor to the New York Times and CNN New Day. As seen in his news clips, Vin is committed to voicing evidence-informed perspectives across a range of critical issues like domestic US healthcare reform, the vaping epidemic, the effects of climate change on human health, and gun control. In doing so, he speaks honestly and is driven by evidence, not opinion or dogma. 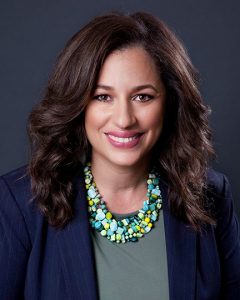 As President and CEO of ECOS, Kelly Vlahakis-Hanks leads the strategy and production of environmentally friendly cleaning products, including the ECOS, Baby ECOS, ECOS Pets and ECOS PRO product lines. She has been internationally recognized for her highly effective leadership and influential voice in the green movement and in corporate social responsibility.

Vlahakis-Hanks oversees four sustainable manufacturing facilities across the U.S. and a global sales team. She has implemented sustainable practices that have made ECOS a model for green American business. Under her leadership, ECOS became the first company to achieve the “trifecta” of sustainable manufacturing: carbon neutrality, water neutrality and TRUE Zero Waste Platinum certification. As a primary manufacturer, ECOS has received many awards for its innovations in safer green chemistry, including the U.S. EPA’s Safer Choice Partner of the Year. ECOS makes its plant-powered products using 100% renewable energy and has reduced its waste by over 98% by working closely with its suppliers to avoid waste and extensively recycling and reusing materials.

Under Vlahakis-Hanks’ leadership, ECOS instituted one of the strongest employee benefits programs in the industry, offering its employees a wide variety of benefits such as medical insurance, paid sick and family leave, disability coverage and onsite wellness programs. The company also offers financial incentives to employees who make sustainable living choices such as purchasing a low-emissions vehicle or solar panels. To help support working families, Vlahakis-Hanks implemented a “living wage” policy in 2014 that raised the company’s minimum wage to $17 per hour, one of the highest in the industry. She actively promotes a corporate  culture of diversity and empowerment, and more than 50% of her C-Suite and top executives are women.

A graduate of UCLA and the Chapman University Argyros School of Business and Economics, Vlahakis-Hanks has been featured on CNN, ABC News, FOX News, NBC News, Bloomberg and Marketwatch and in the Los Angeles Times and the Orange County Register. She has received many awards for her sustainable leadership, including Global Green’s Corporate Environmental Leadership Award and Green Building & Design’s Women in Sustainability Leadership Award. She was named one of Conscious Company’s World-Changing Women in Conscious Business and Orange Coast Magazine’s Remarkable Women. She is an active member of several boards, including the Environmental Media Association.

By lending her voice to industry councils and policy advocacy, Vlahakis-Hanks works to promote higher standards for product manufacturing that protect consumer health and the environment. Vlahakis-Hanks has dedicated herself to the pursuit of green chemistry innovation, environmental protection and social advocacy. 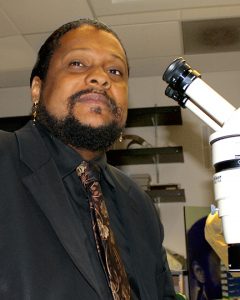 Tyrone B. Hayes was born and raised in Columbia, South Carolina where he developed his love for biology. He received his Bachelor’s degree from Harvard University in 1989 and his PhD from the Department of Integrative Biology at the University of California, Berkeley in 1993. After completing his PhD, he began post-doctoral training at the National Institute of Child Health and Human Development, National Institutes of Health and the Cancer Research Laboratories at UC Berkeley (funded by the National Science Foundation), but this training was truncated when he was hired as an Assistant Professor at UC Berkeley in 1994. He was promoted to Associate professor with tenure in 2000 and to full Professor in 2003. Hayes’ research focuses on developmental endocrinology with an emphasis on evolution and environmental regulation of growth and development. For the last twenty years, the role of endocrine disrupting contaminants, particularly pesticides, has been a major focus. Hayes is interested in the impact of chemical contaminants on environmental health and public health, with a specific interest in the role of pesticides in global amphibian declines and environmental justice concerns associated with targeted exposure of racial and ethnic minorities to endocrine disruptors and the role that exposure plays in health care disparities

In conversation with our CEO, Michael Green: 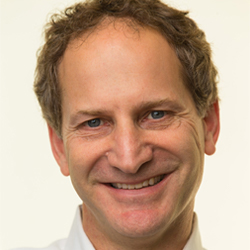 CEO of the Center for Environmental Health

In 1996, Michael founded the Center for Environmental Health (CEH) to raise public awareness of the corporate use of toxic chemicals and of the many viable, pragmatic solutions to this pervasive threat to public health. Since then he has helped lead national efforts to stop toxic exposures and protect public health. He has also pioneered the groundbreaking legal work that has won landmark victories to protect the public from hazardous consumer products and toxic emissions. Michael has worked in Washington D.C. for the U.S. Department of Energy’s Office of Environmental Management, and the US EPA’s Working Group on Environmental Equity. Michael designed a solid waste management plan for the Tibetan refugee community in Dharamsala, India, and cared for the sick at Mother Teresa’s mission in Calcutta, India. He was awarded the California Wellness Foundation’s annual Leadership Award, as well as the prestigious Compassion in Action Award which is presented jointly from the Dalai Lama Foundation and the Committee of 100 for Tibet each year. He has testified in front of Congress, serves on numerous boards of directors, and is frequently quoted in national and international media.