On May 21st at 12pm PDT/3pm EDT, CEH will host a town hall featuring international health experts in discussion with our CEO Michael Green about how toxic chemicals are causing disastrous consequences for human reproduction—as well as other species that we share the planet with. This town hall will feature Dr. Shanna Swan, author of Count Down, and Dr. Tyrone B. Hayes, Professor of Integrative Biology at University of California at Berkeley. 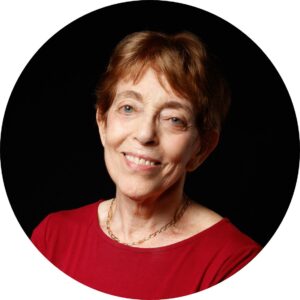 Shanna is one of the world’s leading environmental and reproductive epidemiologists. She is Professor of Environmental Medicine and Public Health at the Icahn School of Medicine at Mount Sinai in New York City where is also a member of the Transdisciplinary Center on Early Environmental Exposures and the Mindich Child Health and Development Institute.

For over twenty years, Dr. Swan and her colleagues have been studying the dramatic decline in sperm count around the world and the impact of environmental chemicals and pharmaceuticals on reproductive tract development and neurodevelopment. Her July 2017 paper “Temporal Trends in Sperm Count: a systematic review and meta-regression analysis” ranked #26 among all referenced scientific papers published in 2017 worldwide.

Dr. Swan has published more than 200 scientific papers and myriad book chapters and has been featured in extensive media coverage around the world. Her appearances include ABC News, NBC Nightly News, 60 Minutes, CBS News, PBS, the BBC, PRI Radio, and NPR, as well as in leading magazines and newspapers, ranging from The Washington Post to Bloomberg News to New Scientist. 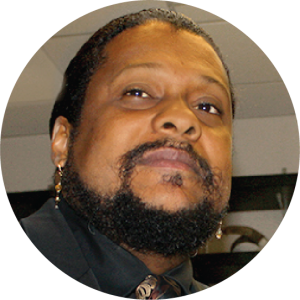 Tyrone B. Hayes was born and raised in Columbia, South Carolina where he developed his love for biology. He received his Bachelor’s degree from Harvard University in 1989 and his PhD from the Department of Integrative Biology at the University of California, Berkeley in 1993. After completing his PhD, he began post-doctoral training at the National Institute of Child Health and Human Development, National Institutes of Health and the Cancer Research Laboratories at UC Berkeley (funded by the National Science Foundation), but this training was truncated when he was hired as an Assistant Professor at UC Berkeley in 1994. He was promoted to Associate professor with tenure in 2000 and to full Professor in 2003. Hayes’ research focuses on developmental endocrinology with an emphasis on evolution and environmental regulation of growth and development. For the last twenty years, the role of endocrine disrupting contaminants, particularly pesticides, has been a major focus. Hayes is interested in the impact of chemical contaminants on environmental health and public health, with a specific interest in the role of pesticides in global amphibian declines and environmental justice concerns associated with targeted exposure of racial and ethnic minorities to endocrine disruptors and the role that exposure plays in health care disparities

To RSVP for the Virtual Town Hall, please click here.