Why cadmium, a metal that can cause kidney and bone damage, is still used in jewelry 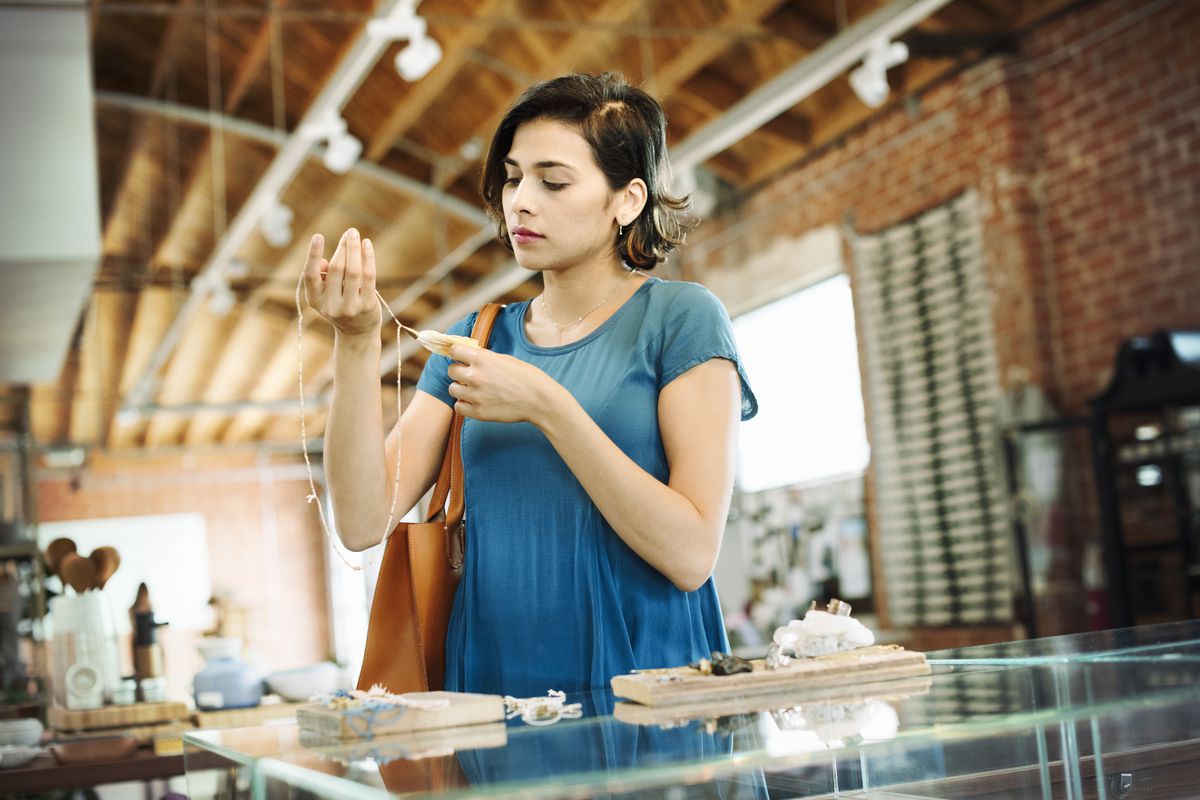 Just a few days after the hip seltzer company LaCroix faced a class-action lawsuit over its ingredients list, which includes a common flavoring that also happens to be used in cockroach poison, the Center for Environmental Health in California said that after testing dozens of pieces of jewelry, it found significant levels of the heavy metal cadmium in “31 jewelry items sold at major national retailers” like Nordstrom Rack, Burlington Coat Factory, Walgreens, and Ross.

The Associated Press first reported on the investigation, which the CEH commissioned. According to the organization, the jewelry contains 40 to 100 percent cadmium — the level allowed in children’s jewelry in California is just 0.03 percent, per the 2011 settlement of a CEH lawsuit against a number of major retailers. California state doesn’t have rules on cadmium content in jewelry for adults, but it does typically have stricter health laws than the rest of the country, so it would make sense to invoke its standards here.

Cadmium in jewelry isn’t good news. Ingesting or breathing it can lead to kidney dysfunction and osteoporosis, according to the Centers for Disease Control and Prevention’s Agency for Toxic Substances and Disease Registry. The metal is on California’s Proposition 65 list of toxic and cancer-causing chemicals. (Per Prop 65, businesses have to inform customers about exposure to those chemicals.)

So why are we still seeing it used in consumer products? The short answer, according to Bruce Fowler, a toxicology consultant and an adjunct professor at the Rollins School of Public Health at Emory University, “It’s a useful metal alloy, and it’s cheap.”

The history of fashion is riddled with toxic substances. The emerald green gowns, gloves, carpets, and wallpaper that came into vogue in Victorian Britain, which appeared extra brilliant thanks to the arsenic in their dye, resulted in scabs, sores, and organ failure. During the same period, the toxic dyes used to color black mourning gowns and veils presented unlucky widows with a variety of health risks, among them respiratory issues, blindness, and death.

Manufacturing practices have gotten better since then, but the problem is far from fixed.

While more expensive jewelry might be made of silver, gold, or platinum, cheaper alternatives can be formed from metals like nickel, which can cause allergic reactions, lead, or cadmium. Indeed, cadmium’s use in contemporary jewelry may be linked to manufacturers shying away from working with lead. Reporting on the use of the former in children’s jewelry back in 2010, the AP wrote, “Barred from using lead in children’s jewelry because of its toxicity, some Chinese manufacturers have been substituting the more dangerous heavy metal cadmium in sparkling charm bracelets and shiny pendants being sold throughout the United States.”

Caroline Cox, the lead scientist at CEH, says there “is an element” of manufacturers replacing lead with cadmium, but that’s not the whole story. She has noticed that the two often appear in different jewelry components: lead in lobster claw clasps and solid pendants, for instance, and cadmium in lighter-weight designs and on the backing of stones and crystals. They aren’t mutually exclusive.

Cadmium in children’s products was the cause for a series of recalls in 2010. Shoppers who had purchased certain inexpensive charm jewelry from the tween stores Justice, Limited Too, and Claire’s were instructed to return the items because they contained high levels of the metal. That year, the US Consumer Product Safety Commission also issued a cadmium-related recall on Chinese-made bracelets and rings given away to children at doctor and dentist offices between 2005 and 2010, and on collectible Shrek drinking glassesmanufactured in the US and sold for $2 at McDonald’s.

The metal poses a heightened risk when it’s used in children’s jewelry and toys because kids are in the habit of absentmindedly putting things in their mouths, which is one of the easier ways to get it into your system, says Fowler. Adults fiddle with things too, but they’re less likely to suck on their jewelry. That doesn’t mean they’re safe, though: Cox says that adults are still at risk if they touch their jewelry and then eat something with their unwashed hands. 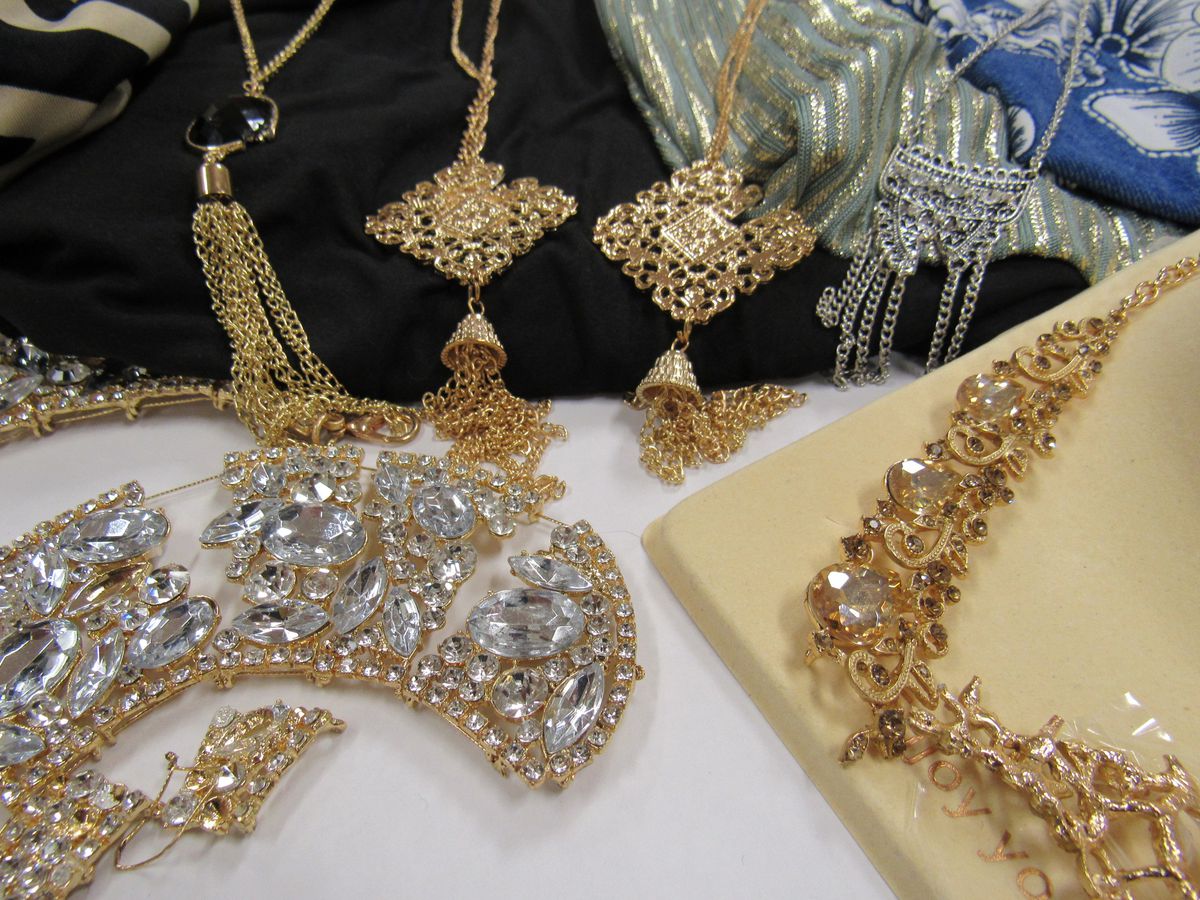 In the US, rules on the use of heavy metals like cadmium, lead, and mercury vary state by state. According to the organization Safer States, New York, Connecticut, Illinois, Maryland, Minnesota, and California have restrictions or bans on the use of cadmium in children’s jewelry. New Jersey prohibits its use in candy and certain children’s products.

When Cox’s team is investigating the use of a material like cadmium in consumer goods, it goes on a shopping spree (“We do as much shopping and purchasing as we’re able, which is not very much given that we’re a small organization”). It buys up as many items as it can and uses an X-ray fluorescence analyzer to check for cadmium. If they’re present in the item, CEH will send it out for independent review, before putting out a press release and identifying retailers by name.

“There are hundreds of thousands of jewelry items for sale, and we’re a small organization,” says Cox. “There’s no way we can check them all, so if we find pieces with a problem, we go looking for pieces that are similar to that.”

Asked why cadmium appears so often in jewelry, Fowler and Cox had the same answer: It’s cheap.

“Fashion seems to be transforming itself into fast fashion, where there’s a really rapid turnover of styles and everything happens on a really quick timeline,” says Cox. “In addition to that, there’s a lot of pressure, I think, for retailers to keep costs really low, so that the fast fashion can also be low-priced fashion. One of the ways they do that is by not doing very good quality control.”