Researchers found ‘high levels’ of arsenic in bottled water sold at Whole Foods and Walmart. Here’s how worried you should be. 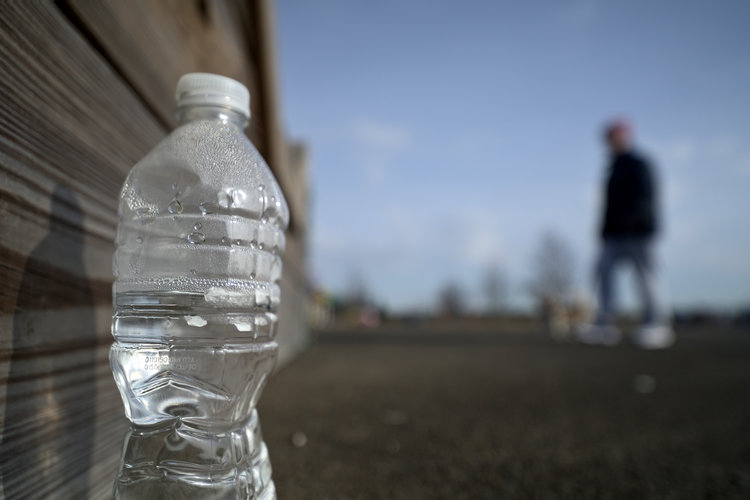 A new round of tests from the Center for Environmental Health (CEH) found “high levels” of arsenic in bottled water brands owned by Whole Foods and Keurig Dr Pepper.

The brands in question, Starkey and Peñafiel (sold at various locations, including Walmart), have been associated with elevated concentrations of arsenic in the past.

The CEH said its findings “almost exactly” mirror an investigation from Consumer Reports, which found levels of arsenic that exceeded the allowable limit set by the FDA.

Most people are exposed to arsenic daily in trace amounts, but high levels of exposure over time may increase one’s risk of cancer, heart disease, and diabetes.

Bottled water may be considered a luxury item, but it’s also a life-saving tool, depending on where you live.

In the wake of the Flint crisis, which exposed around 10,000 Michigan residents to unsafe drinking water, the state distributed bottled water to keep locals from drinking lead-contaminated sludge. In Pakistan, locals rely on bottled water to avoid diarrhea or more serious illnesses.

But not all bottled water is necessarily free of contaminants. A recent round of tests from the Center for Environmental Health (CEH) found “high levels” of arsenic in bottled water brands owned by Whole Foods and Keurig Dr Pepper.

Exposure to arsenic, a contaminant found naturally in the earth’s crust, has been linked to brain development issues in children and can lead to an increased risk of cancer, heart disease, and diabetes.

The FDA has set a limit for arsenic in bottled water 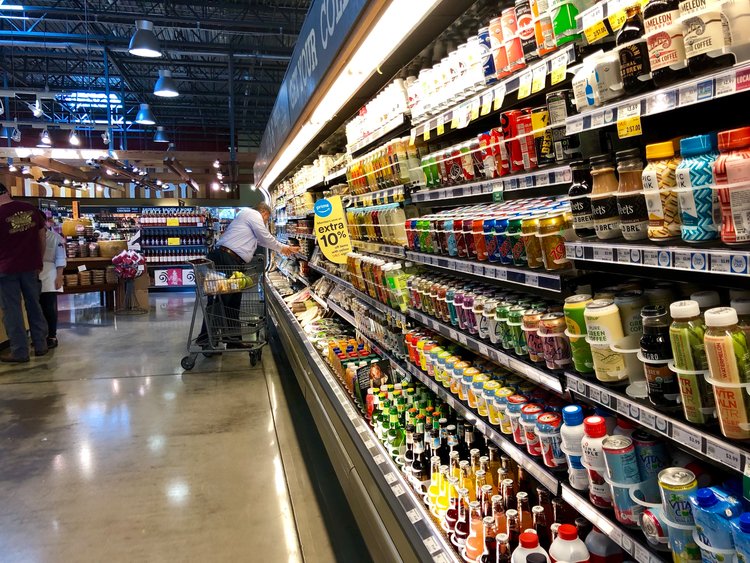 Both the Whole Foods brand, Starkey, and the Keurig Dr Pepper brand, Peñafiel (sold at various locations, including Walmart), have been associated with elevated concentrations of arsenic in the past.

An April 2019 Consumer Reports investigation found that three samples of Peñafiel contained 18 parts per billion of arsenic — a level that exceeds the allowable limit of 10 parts per billion set by the US Food and Drug Administration (FDA).

Since 2009, New Jersey state regulators have found arsenic levels as high as 22 parts per billion in Peñafiel water samples. The FDA has also published two alerts, one in 2015 and another in 2018, about elevated levels of arsenic in Peñafiel’s carbonated water, which is produced in Mexico. Records obtained by Consumer Reportssuggest that the FDA knew about Peñafiel’s high levels of arsenic as early as 2013.

In response to the Consumer Reports investigation, Keurig Dr Pepper confirmed that it had detected average arsenic levels of 17 parts per billion. That same week, the company said it would suspend production of bottled water for two weeks to improve its filtration system.

In December 2016, Florida regulators detected 11.7 parts per billion of arsenic in a Starkey sample, prompting the brand to issue a recall. The brand later issued a second recall after another sample showed an arsenic level of 12 parts of per billion.

The CEH said its findings “almost exactly” confirm the tests from Consumer Reports and have been verified by an independent lab, but it wouldn’t disclose the specific levels of arsenic, citing pending litigation. The group has sent legal notices to Whole Foods and Keurig Dr Pepper, telling the companies that their bottled water exceeds the arsenic limit set by California’s Proposition 65, a state law that requires businesses to alert consumers about significant exposures to toxic chemicals.

“Bottled water companies need to take the necessary steps to remove this toxic metal from their products, and retailers should stop selling them now,” Caroline Cox, a senior scientist at CEH, said in a statement. “Until those conditions are met, we recommend consumers avoid purchasing Whole Foods’ Starkey and Dr Pepper’s Peñafiel.”

Walmart and Keurig Dr Pepper did not respond to Business Insider’s request for comment. Whole Foods said it had tested the same samples cited by Consumer Reports and found that the products were fully compliant with FDA standards. The company would not comment on the CEH investigation.

“We would never sell products that do not meet FDA requirements,” the company said.

Arsenic in bottled water could pose a long-term risk 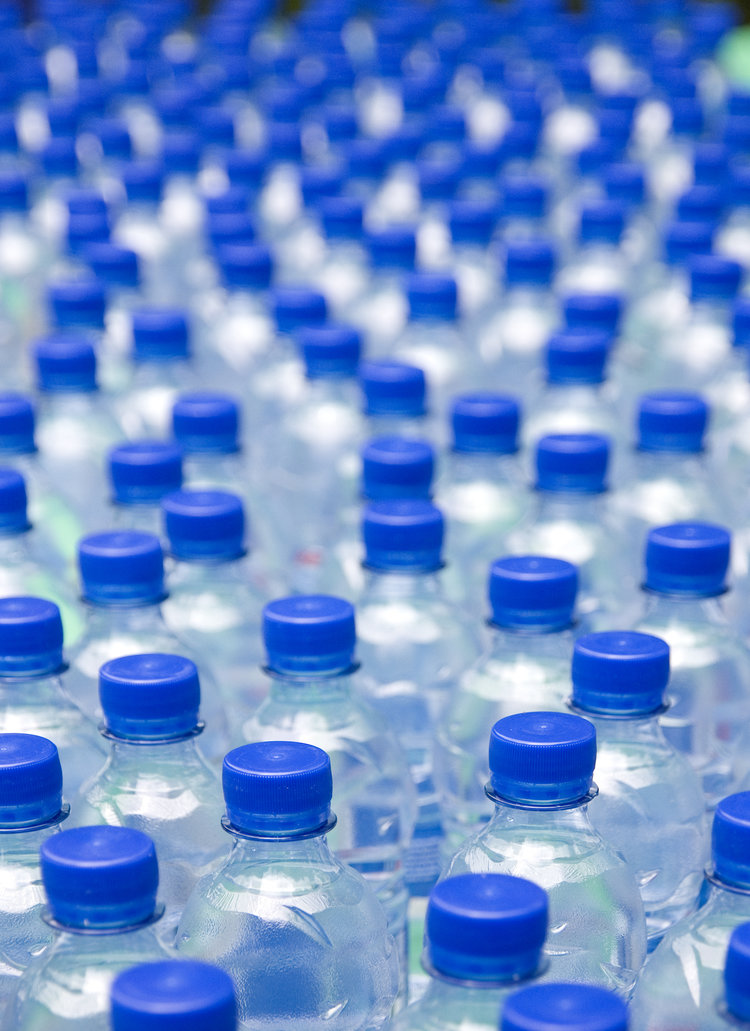 Some bottled water is simply tap water that’s been bottled.er to human health. Most people in the US are exposed to arsenic in trace amounts through water, air, and foods like seafood, rice, mushrooms, and poultry.

The US Centers for Disease Control estimates that most people consume around 50 micrograms of arsenic each day. Of that dose, just 3.5 micrograms comes from inorganic arsenic, the kind found in drinking water, which is most concerning to human health. Both the US Environmental Protection Agency (EPA) and International Agency for Research on Cancer (IARC) consider inorganic arsenic a human carcinogen.

According to the World Health Organization (WHO), long-term exposure to arsenic can produce skin lesions and lead to skin, lung, and bladder cancer.

In May, US Geological Survey hydrologist Joseph Ayotte told CNN there was evidence that arsenic concentrations below the FDA limit could pose problems for human health. Children are also more likely to experience adverse health effects from consuming arsenic since their bodies are still developing.

Brenda Buck, a geoscience professor at the University of Nevada, Las Vegas, said it’s best to limit exposure to arsenic “as much as possible.”

While it’s possible to choose a bottled water brand that doesn’t contain high levels of arsenic, it’s not always easy to tell whether bottled water has been filtered properly.

Water that claims to be “pure,” such as Starkey, may have been filtered many different ways. The Natural Resources Defense Council estimates that a quarter or more of bottled water is tap water that’s been bottled.

“For some compounds, we don’t even know what the best filtration technologies are,” Jamie DeWitt, an associate toxicology professor at East Carolina University, told Business Insider. “I’m hopeful that my body’s need for water … outweighs the potential injury to my body from drinking contaminants.”