OAKLAND, CALIFORNIA – Yesterday, the California Department of Cannabis Control (DCC) sent officials to investigate the cannabis cultivation growers at Green Sage in East Oakland, California. The DCC’s actions were catalyzed by the efforts of a coalition of environmental advocacy groups–Center for Environmental Health (CEH) and Environmental Democracy Project (EDP)–and an artists’ collective, the Oakland Cannery Collective (Collective). The coalition has initiated legal actions under the federal Clean Air Act and California’s Proposition 65 to stop the use of massive illegal diesel-fueled generators by Green Sage, the landlord of the Oakland Cannery and Tinnery in East Oakland.

After months of legal advocacy and community organizing by the coalition, including informing the DCC of the public health crisis at Green Sage, DCC officials went to Green Sage to address the facility’s diesel generators, which have been releasing cancer-causing diesel engine exhaust into the air. As of this morning, two of the generators continue to operate illegally. 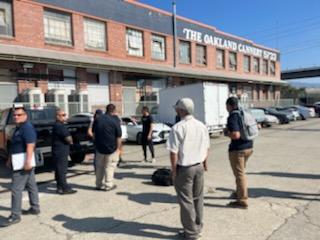 The DCC took action after Alister Monroe, a board member of EDP and President of the Collective, contacted DCC to report the use of the generators in violation of documents the licensees submitted to the state to comply with the California Environmental Quality Act (CEQA).

EDP and CEH, alongside residents from the Oakland Cannery Collective have been pushing for Green Sage to shut down their diesel generators. Green Sage has also received multiple orders to cease using the generators immediately, including a cease and desist letter from the Oakland Fire Department. However, the facility ignored the orders and continued with business as usual. Yesterday’s action from the State comes as celebratory news to the neighboring residents who have had no choice but to breathe the diesel exhaust fumes for the past two years.

“Having the State take action after the coalition spent months advocating for justice for residents of the Cannery and East Oakland, serves to vindicate the lingering feeling that the slow pace of the responses of government regulators was totally inappropriate in light of the severity of the violation and completely avoidable,” said Tanya Boyce, Executive Director of EDP. “For example, while the Bay Area air district failed to even issue a notice of violation for approximately one year after learning of the violations, the community had to make-up for the lack of appropriate regulatory action by going to federal court.” 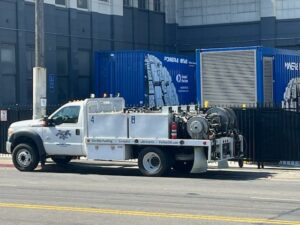 “The community has witnessed two deaths within one weeks’ time and we are left wondering whether East Oakland’s abysmal air quality could have played a role in our neighbors’ passing. The health threats to our community go unrecognized and the impacts of the pollution may continue affecting us long after the generators have ceased,” said Alistair Monroe, a resident of the Oakland Cannery Collective. “It is a tragedy that it has taken this much time and effort to get to this point. We’re exhausted from having had to fight for our right to clean air.”

“Environmental justice happens when everyone has the same protections from environmental health hazards and access to a healthy environment. Stopping the exposure to the toxic diesel exhaust from this one facility will be a critical first step to advance environmental justice for the residents of East Oakland, but work will remain to create systemic changes that prevent this from happening again,” said Karina Gomez, Community Engagement Manager at CEH.

The community groups that have been a part of these efforts will continue advocating for the creation of a new set of local permitting processes and points of local responsibility to ensure environmental justice is respected as the Cannabis Industry continues to thrive in Oakland while protecting the health of the residents throughout the green zone.