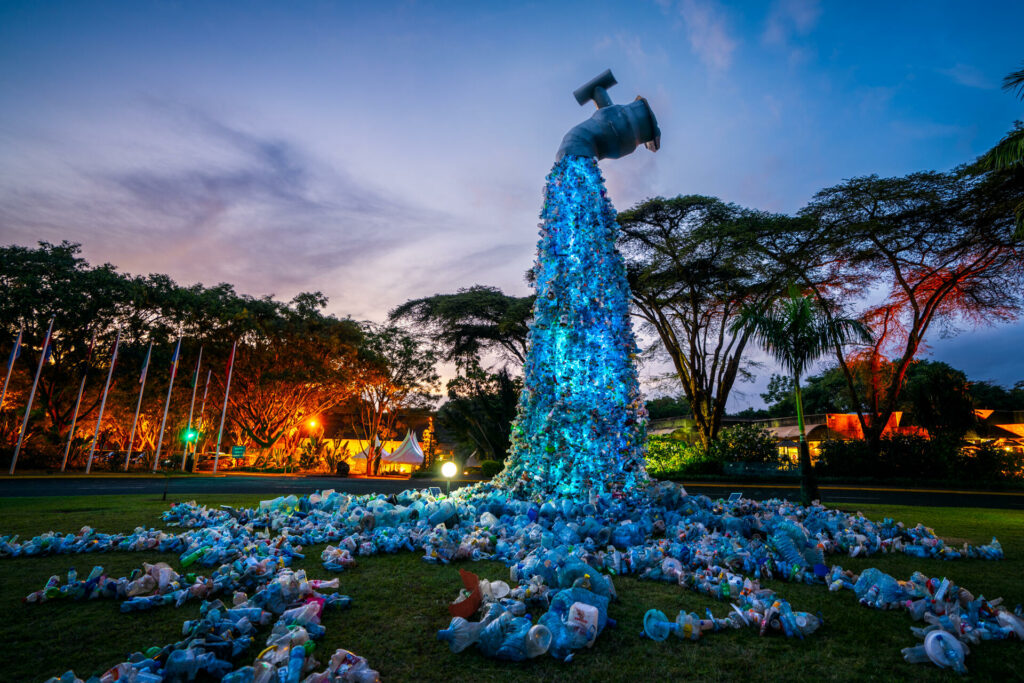 As a member of the global Break Free From Plastic movement, CEH celebrates the adoption of a landmark mandate last week calling for the development of a global treaty on plastics at the conclusion of the resumed fifth session of the United Nations Environment Assembly (UNEA 5.2).

The mandate, titled “End plastic pollution: Towards an international legally binding instrument”, sets the stage for governments to negotiate a comprehensive and legally binding treaty that will address the entire life cycle of plastic. The mandate will serve to guide the development of the treaty itself, which an International Negotiating Committee (INC) will be tasked with drafting over the next two years.

“This decision to establish a legally binding, international plastics treaty is an important step in addressing the overwhelming crisis of plastic pollution,” said Sarah Packer, Director of CEH’s Petrochemicals, Plastics & Climate program. “At every stage of its lifecycle, plastic threatens planetary health. Plastic production, use, and disposal is not only driving climate change, but also bombarding our environment and our bodies with toxic chemicals.”

“Around the world, communities that are most impacted by natural resource extraction, plastic pollution, and climate change are those that contribute to them the least,” said Packer. “Countries that contribute the most to these problems must take radical action, and we particularly urge the U.S. government to commit strongly to addressing the plastic crisis, and to take its commitments seriously. We’re disappointed that the U.S. delegation is already undermining efforts to address the toxicity of plastics within the mandate.”

According to Break Free From Plastic, a recent global survey revealed that 75 percent of people want single-use plastics banned as soon as possible. Ahead of the meeting in Nairobi, more than one million people worldwide petitioned government delegates to show their support.