5 Things You Should Know About Plastic Burning

The oil and gas industry’s race to replace fossil fuel production with increased plastic production is critically reliant on the myth of plastic’s recyclability. However, EPA estimates that less than 9% of plastic in the U.S. gets recycled each year.

An especially harmful component of the petrochemical buildout, and the sector’s recycling myth, involves the promotion of so-called “advanced” or “chemical recycling.” Using the false rhetoric of “waste-to-energy” and “waste-to-chemicals,” in reality, these practices amount to incineration of plastic waste. Here are five things you should know about this dangerous practice. 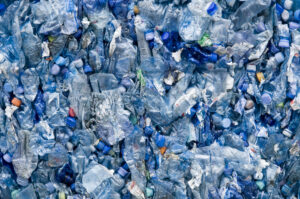 The U.S. EPA estimates that less than 9% of plastic in the U.S. gets recycled each year.

Luckily, communities are fighting back, and some are winning. In Georgia, plans to build a chemical recycling plant were canceled in response to community advocacy efforts that demonstrated that the facility was too great of a risk.

CEH is joining with allies across the country to raise awareness of the myths and harms of so-called “chemical recycling.” We intend to use policy levers to block its buildout, prevent efforts to deregulate this practice, ensure these facilities are not eligible for green energy incentives, and emphasize the importance of upstream solutions to the plastic waste crisis.