Moses Huerta and Jaime Lopez both grew up in the City of Paramount, located in Southeast Los Angeles County.  Jaime moved away after college and came back in 2018.  Moses has lived in Paramount his entire life and remembers the first time he noticed a metallic smell in the air around his home in Paramount, “I recall playing outside in the yard and noticing all this black smoke coming from this large building behind our house. I coughed a lot and got nose bleeds. The taste and smell of metal burning was overwhelming.” Jaime, Moses, and other Paramount residents eventually learned that the odors weren’t just a nuisance, but were the result of a dangerous substance being emitted into the air, hexavalent chromium (Cr6 or hex chrome), a heavy metal known to cause cancer in humans. Hex chrome along with other heavy metals like nickel and cadmium are emitted by 17 metal-related processing facilities sited in Paramount[1]. Over time, breathing in air with high levels of hex chrome can result in lung and nose cancer and in the short-term can cause headaches, coughs, nosebleeds, and sore throats[2].

In a city that spans less than five square miles and is home to just under 55,000 residents, a majority of whom identify as Latine, the concentration of so many industrial metal processing facilities is further evidence of the disproportionate environmental health impacts borne by communities of color. Residents like Jaime and Moses have taken note of this environmental injustice and have been active in their community serving in local government to raise awareness around hex chrome pollution and enact change at the municipal level. Jaime, a talented filmmaker and PhD student at the University of Southern California, produced a short documentary in 2021 about the experiences of Paramount residents facing hex chrome pollution[3]. Through his research and filmmaking, Jaime hopes to bring awareness to his community in the hopes that together, residents can push municipal and state agencies to enact stronger limits on air emissions from polluting facilities.

Since 2017, CEH has partnered with resident leaders to bring public interest litigation against four metal-processing facilities in Paramount. The year prior, South Coast Air Quality Management District (SCAQMD) began extensive outdoor, or ambient air monitoring for hex chrome in Paramount and recorded concentrations of hex chrome more than 2000 times the safe limit[4] established by the United States Environmental Protection Agency (EPA). Residents’ tireless advocacy efforts, coupled with litigation and rulemaking by SCAQMD, have steadily reduced emissions of hex chrome in Paramount since the levels seen in 2016. Despite these efforts, the concentration of this heavy metal remains far higher than the EPA’s safe limit. Moreover, regular monitoring to ensure that metal processing facilities comply with existing regulations has been cut back since the beginning of the COVID-19 pandemic, as SCAQMD discontinued ambient air monitoring in Paramount in 2020.

Given residents’ desire for continued compliance monitoring to ensure that facilities abide by existing limits on hex chrome emissions, CEH and Paramount residents teamed up to apply for an EPA Environmental Justice Small Grant (EJSG) to fund additional monitoring efforts. While the City of Paramount installed five hex chrome monitors in December of 2021, these monitors do not cover all areas of the city where industrial metal processing facilities operate. This past winter, EPA awarded CEH and Paramount residents an EJSG. Under the grant, funds were allocated towards purchasing a sampling device that suctions outdoor air to measure the concentration of hex chrome over a 24-hour period. Equipping Paramount residents with the tools and knowledge to collect their own air quality data breaks open the black box of science that so often keeps those that are directly affected by pollution in the dark. This collaborative project also puts ownership over this data in the hands of residents, who get to decide for themselves how best to use this data.

Monitoring equipment in hand[5], since June, Moses has been climbing onto the roof of his home every three days to deploy our air monitor in a spot that overlooks four industrial metal facilities in the near-off distance. After a capacity training with SCAQMD staff, attended by City of Paramount officials in May, Moses took on the hard work of regularly collecting these samples and has quickly become an expert at assembling and disassembling the monitors. Moses hopes that the time and energy that he has put into this project will generate data that can be used to advocate for further emissions reductions and mitigation efforts. He is also helping to spread the word amongst residents that hex chrome pollution remains a problem in Paramount.

Now that the project is consistently generating data, our team has transitioned to supporting Paramount residents in their efforts to disseminate and use the data collected by Moses to advocate for clean air and more stringent emissions standards. Building off the work started with CEH, Jaime and Moses, along with a group of Professors from USC and Cal State, recently submitted a grant application to the California Air Resources Board for additional financial support to expand community outreach efforts related to metals pollution in Paramount. Planting a seed of change has grown into a movement we hope continues to spread as CEH focuses our efforts on supporting more grassroots science-based advocacy efforts. Too often science has been used to exclude and harm communities of color.  In Paramount, equipping residents with the tools to carry out their own science ensures access to data they can use to advocate on their own behalf for clean air in their community and beyond. 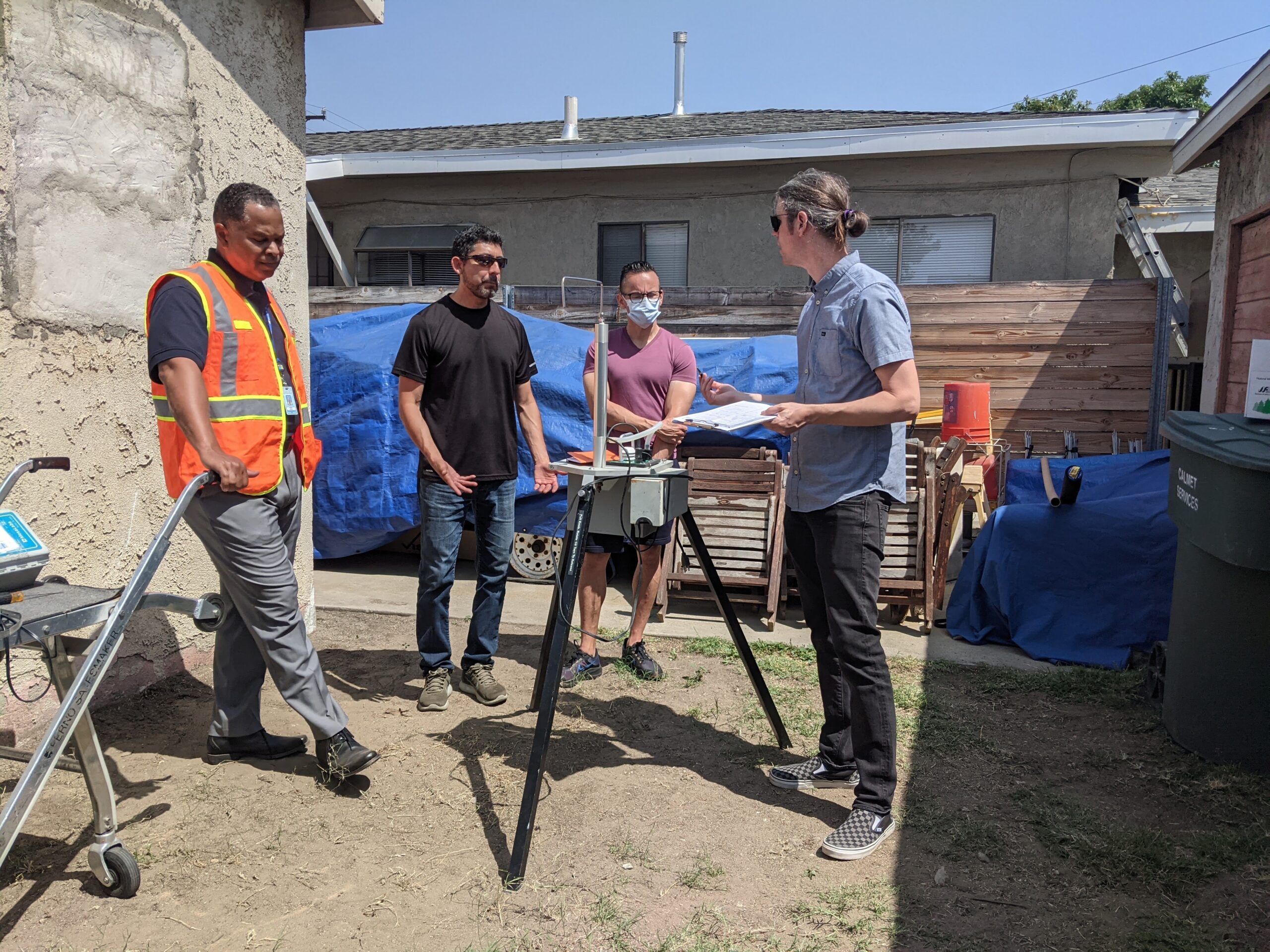 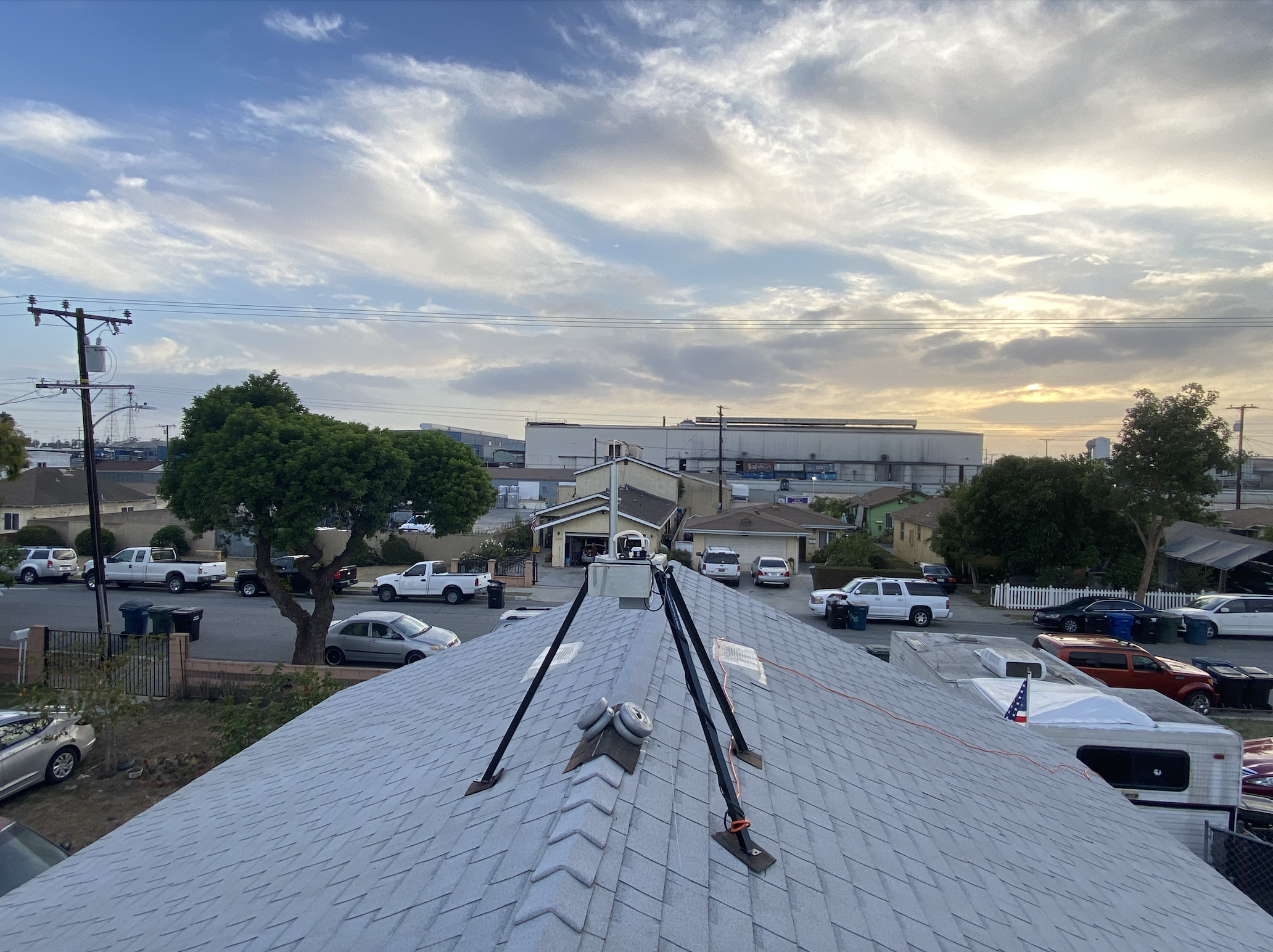 [5] Thanks to our partners at SCAQMD for loaning us monitors while supply-chain disruptions have prevented us from receiving the monitor we bought.