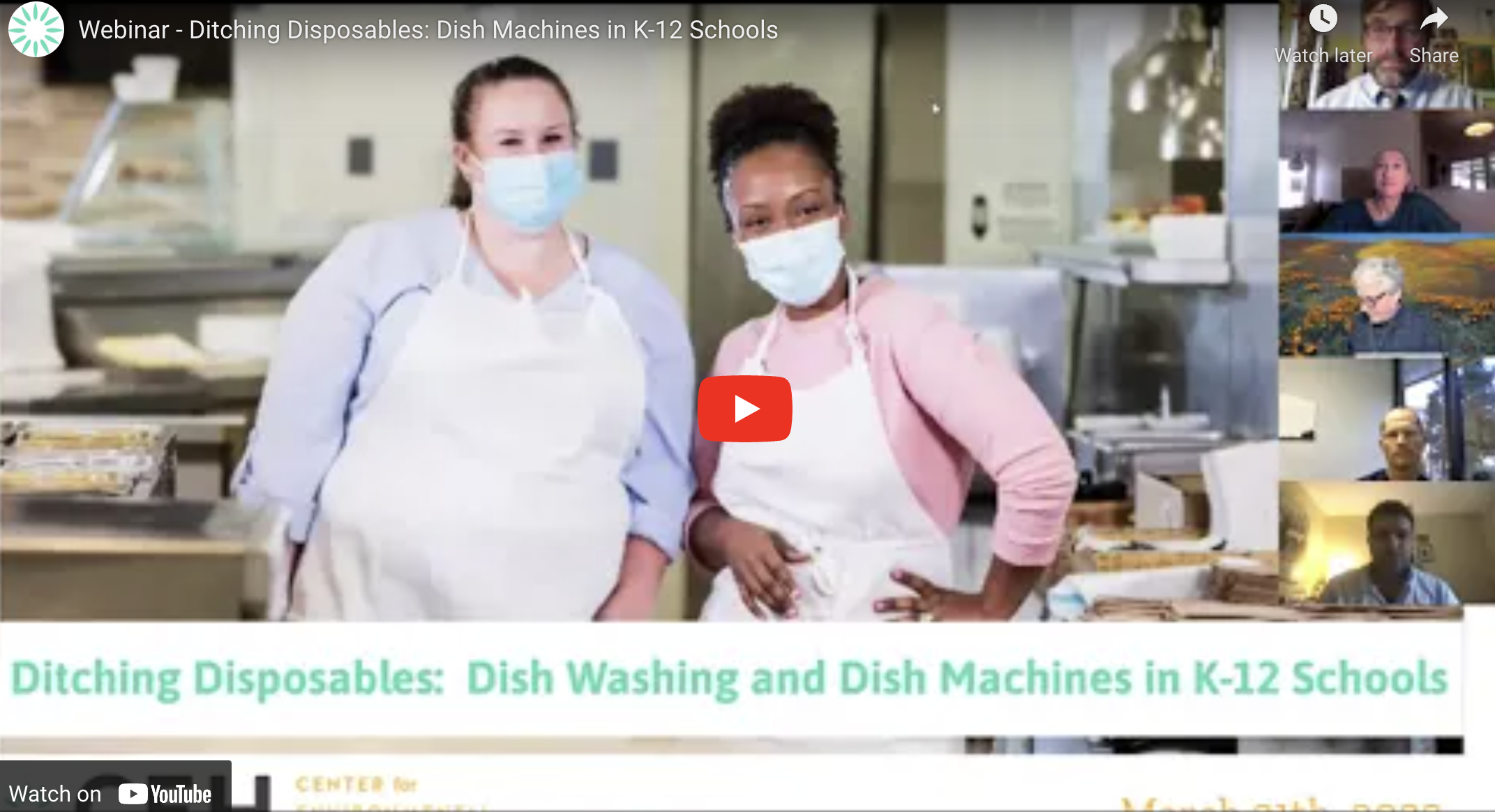 Watch the video of our informative and engaging webinar Ditching Disposables: Dish Washing and Dish Machines in K-12 Schools.

The production and consumption of single-use foodware creates massive amounts of avoidable waste, depletes natural resources, pollutes the environment, and endangers human health through exposure to toxic chemicals added to foodware. Moreover, commonly used single-use foodware and packaging like expanded polystyrene (also known as styrofoam) are made from fossil-fuel based plastics, contributing to greenhouse gas emissions and exposing consumers to harmful chemicals. Even paper- and fiber-based foodware, which are often considered “environmentally friendly,” have many negative impacts on our environment and health. For decades, chemicals have been added to single-use foodware such as: microwave popcorn bags, pizza boxes, fast food wrappers, plates, bowls, food trays, take-out containers and other food packaging to make them water and grease resistant. Many of these chemicals are harmful and have been shown to migrate from foodware into our food.

Per- and polyfluoroalkyl substances, or PFAS are a toxic family of “nonstick” fluorinated chemicals that are ubiquitous in foodware and food packaging. People can ingest PFAS through packaged food and even contaminated drinking water. PFAS are endocrine disrupting chemicals (EDCs) that have also been linked to a wide range of adverse health outcomes.

PFAS can be released into the environment throughout the lifecycle of a product – starting from production of the chemicals, the manufacturing and use of the products, to when the product is thrown out. Because PFAS’ chemical properties keep them from breaking down, they build up in our bodies and the environment posing long-term risks to the health of people and wildlife.

CEH’s new Ditching Disposables toolkit helps K-12 schools transition from harmful single-use foodware to healthier options, with a long-term goal of switching to safer reusables. We know that this type of change can be a heavy lift, so we have provided all the tools your school or school system needs, including: a 12-step planning guide, lessons, cost calculators, how-to guides on collecting and reporting data, engagement strategies, and tips for each step of the process. CEH is helping schools around the country  ditch disposables and normalize reuse while cultivating sustainable practices from an early age.

In 2018, CEH released a groundbreaking report, “Avoiding Hidden Hazards: A Purchaser’s Guide to Safer Foodware,” that identified a wide variety of disposable foodware products containing PFAS. As part of the report, CEH tested hundreds of single-use foodware products and created a publicly available database which identifies products with high fluorine levels (indicating the likely use of PFAS) and ones with no or low levels of fluorine. CEH’s resources offer commercial and institutional purchasers foodware options free of PFAS and equip them with tools to move manufacturers away from these harmful compounds towards safer products. By transitioning towards safer, readily available PFAS-free foodware options in schools, restaurants, hospitals, and other institutions, we can protect public health, soil, crops, and groundwater resources while reducing plastic pollution that can linger in the environment for thousands of years.

CEH research, testing and resources have supported efforts around the country, including:

CEH will continue to support efforts by all levels of government and institutions to implement similar policies as San Francisco and Berkeley, relentlessly pressure manufacturers to end the use of these harmful compounds in their products and push them to offer consumers safe alternatives to single-use containers.

WHAT YOU CAN DO

Public and private purchasers have great power to shift the market away from PFAS (and other toxic chemicals) in foodware and make sure the alternatives used are safer. Purchasers and champions (like you!) can help convince federal, state and local governments, schools, restaurants, cafeterias and hospitals to make the switch.

By creating the demand and then purchasing these products, you can seize a valuable opportunity to improve your organization’s environmental footprint and protect your employees’ and visitors’ health, thereby broadening the market for safer products. Fortunately, there are healthier alternatives for foodware, and CEH hopes to increase the demand and availability for these safer products by providing simple resources for purchasers to utilize when making buying decisions. 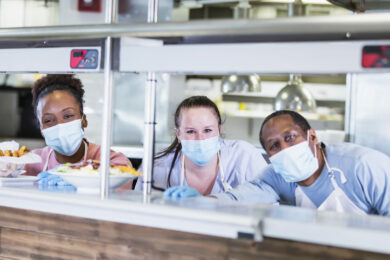 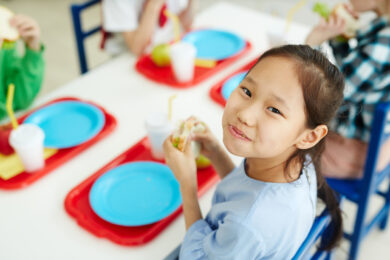 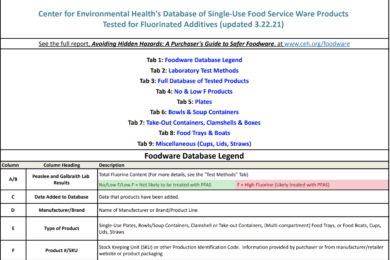 Without the added capacity and expertise that CEH provided regarding toxicity in our compostable foodware products, we would not have been able to make such significant strides in increasing the sustainability of those contracts. Not only were CEH staff crucial to our sustainable purchasing strides in those arenas, they are incredibly knowledgeable, resourceful, capable, and are a pleasure to work with.

It is an absolute pleasure collaborating with CEH staff. They are responsive, passionate, and professional. My foodware team periodically reaches out to CEH staff for input, as they are top notch in their area of expertise.